The Michigan Amateur Hockey Association congratulates Don Wright as its recipient of the 2020 Kellogg Award, recognizing outstanding achievement and dedication to amateur hockey.

The roots of Don’s leadership in youth and amateur hockey stretch extensively across the state of Michigan. In addition to serving as the high school representative for USA Hockey and MAHA, Don also serves as general manager of the Team Michigan program. In addition, he serves as the executive director of the Michigan High School Hockey Coaches Association, as well as vice president of the Arctic Coliseum and Arctic Breakaway in Chelsea, Mich.

In 2018, Don Wright retired as the winningest head coach in the history of the Chelsea High School Varsity Hockey program. During his 18 seasons as head coach, Don Wright’s program accumulated over 300 wins, including six regional championships and three Final Four appearances.

Don and his wife, Diane, have two children - son, Brad and daughter, Jennifer.

The Kellogg Award is voted upon annually by the MAHA Board of Directors for whom they wish to merit this honor. 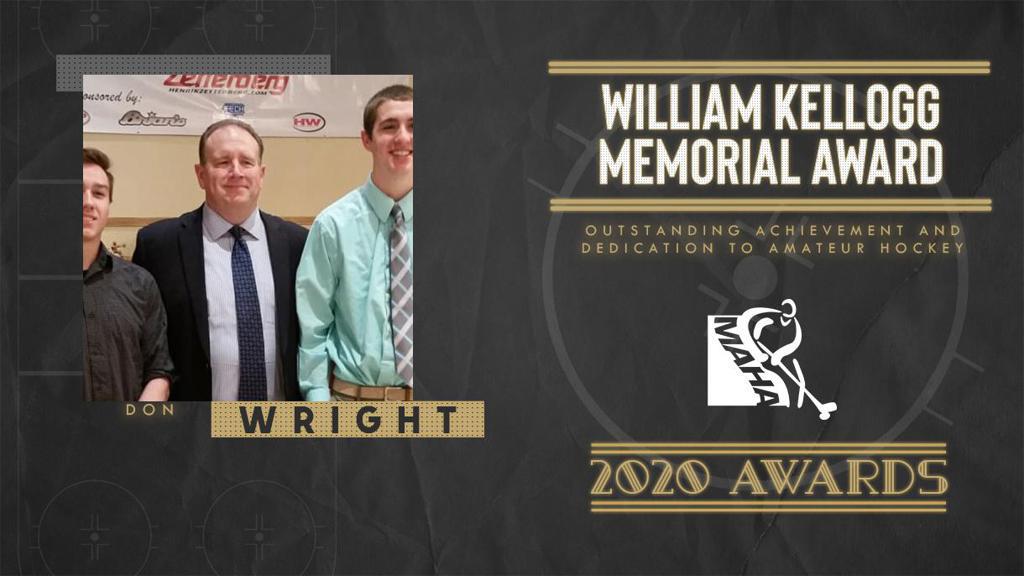